The Kids Will Save Us…Again: Teens are leading a mass movement on guns. Don’t write them off. Young people have shown the way before.

After surviving yet another mass murder at a school — a problem that only America seems to struggle with — many students have had enough. Led by impressive, articulate, passionate teenagers from Parkland, Florida, a national movement to tackle guns is finally building.

The vicious attacks on these kids started immediately. The most vile accusations — that the survivors appearing on TV aren’t even students at the school — are not even worth the time spent writing this sentence. But another common complaint, and the most laughable, is that teens are too young to run a movement (and thus must be pawns of some liberal conspiracy).

Former GOP Congressman Jack Kingston — a man who has lost his way somewhere — tweeted, and repeated on CNN, his skepticism: “Do we really think that 17-year-olds on their own are going to plan a nationwide rally?”

The history of young people sparking revolutions is long and illustrious. The lunch counter sit-ins in Greensboro, North Carolina were a pivotal moment in shifting the national discourse on segregation. The four young men — really kids at the time — that organized and led the protests were students at North Carolina Agricultural and Technical State University. And they were all teens.

Look at the resolve on the faces of David Richmond, Franklin McCain, Jabreel Khazan, and Joseph McNeill as they walk into the Walgreens… (the more famous picture above was actually day two, and included two new protestors, William Smith and Clarence Henderson). 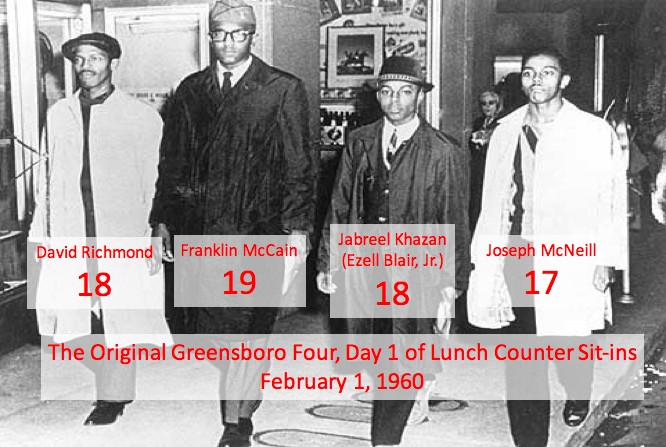 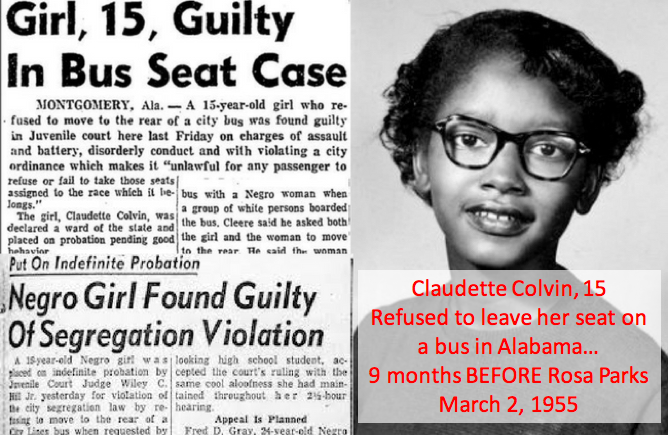 A few years after the sit-ins, the March on Washington, made most famous by Martin Luther King Jr’s “I Have a Dream Speech”, was led by students, including Representative John Lewis, just 23 at the time.

Five years before Greensboro, Rosa Parks would not move to the back of a bus in Montgomery, Alabama, sparking the most famous protest of the era. But Parks wasn’t actually the first to refuse to leave her seat. Nine months earlier, that honor went to Claudette Colvin, a 15-year-old girl.

And of course, the modern equivalent of these pioneers is the young woman with a will of steel, the Pakistani hero Malala Yousafzai, known as just Malala (How many people have one-name fame in their teens?). Malala started blogging about living under the thumb of the Taliban when she was 11 years old. By 15, she was so threatening, the Taliban shot her in the head. 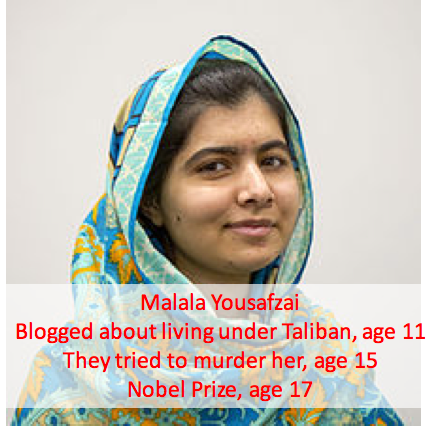 My point is not a subtle one. Don’t dismiss these Parkland teens because they’re young. Watching how well they handle themselves and how they speak to power is thrilling.

Emma Gonzalez, David Hogg, Delaney Tarr, Cameron Kassky and others are using all forms of media expertly to create impact. And they’re effectively railing against a system that has allowed kids to be massacred at school. They act fearless and speak truth to power.

Kassky stood calmly in front of U.S. Senator Marco Rubio on CNN. He asked Rubio repeatedly to stop taking money from the NRA. When the Senator said he would accept support from anyone who supported his agenda, Kassky shot back, “Your agenda’s protecting us, right?” 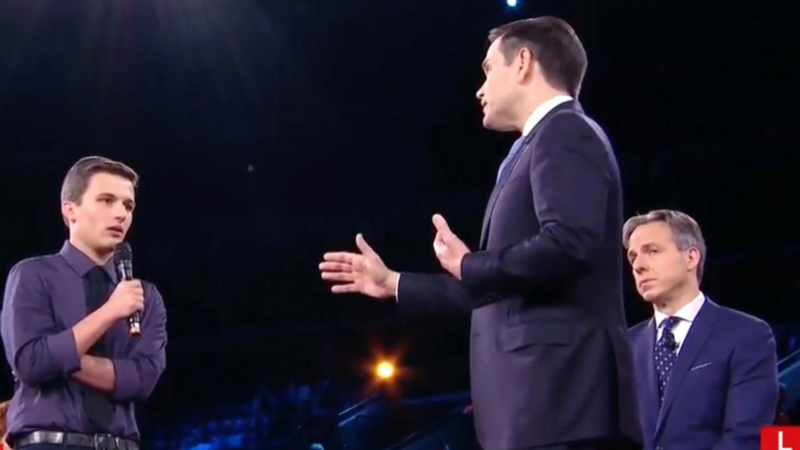 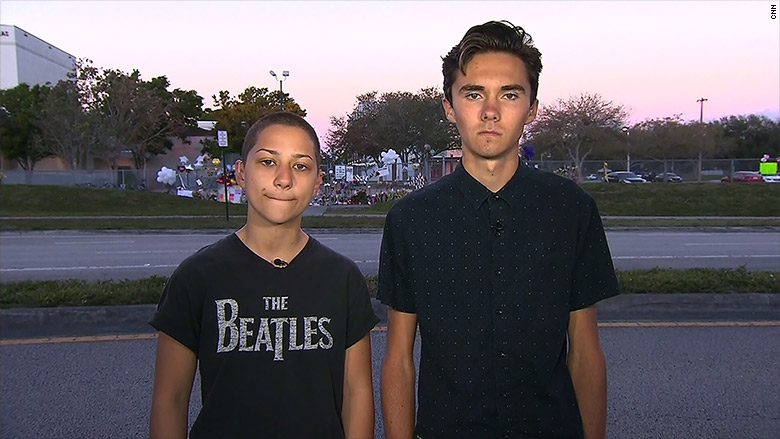 I have two boys, 14 and 11. I honestly fear for their safety. I’ve felt powerless at times to change their reality of “active shooter drills” and living scared. So I’ve watched in awe as these teens, just a few years older than my son, have done so much so fast. They’ve gathered massive numbers of supporters online: Gonzalez collected 1.1 million Twitter followers in just a couple of weeks — that’s half a million more than the NRA has. These kids have created a national movement, all in the face of vicious attacks.

They are challenging what the adults in the room have allowed to become reality. They don’t want to accept that people should have such easy access to an AR-15. Or, to bring in other problems that affect the youth even more than us, they’re not happy that we’re not fighting climate change and building a clean economy (see a beauty of a tweet from David Hogg).

One of the big differences between this gun safety movement and what’s come before is the reaction from companies. Business is now expanding it’s “social responsibility” and sustainability agenda to include a long list of issues, from immigration and DACA, to LGBT and lobbying for climate action. They’re finally moving on guns. A growing list of big organizations, mainly in the travel sector (like United and Hertz), are ending co-marketing arrangements with the NRA and discounts for members. And on February 28th, Dick’s Sporting Goods announced it would no longer sell “assault-style firearms” or high-capacity magazines, or sell guns to people under 21.

These are brave kids. And I know that that they’re not really fearless. Instead, they have that sense of invulnerability that only teens have which allows them to power through any fear.

These teens are blissfully unaware of what’s “impossible”

But they also have a blessed ignorance — not of facts, which they seem to command pretty well. No, they’re blissfully unaware of what’s “impossible.” They choose to ignore that they’re not supposed to ask for a ban on weapons of war in civilian hands. They don’t know that some politicians are “unbeatable” in their districts, so they just plan to vote them out.

These kids, like their predecessors from Alabama to Pakistan, can change what’s possible.